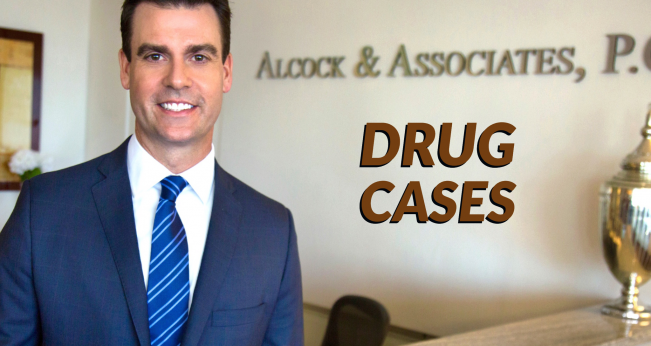 FROM DRUG POSSESSION TO TRANSPORTATION AND SALE

If you have been arrested for a drug charge, our attorneys know exactly how crucial it is to keep our clients out of jail and keep their records clean. We know that there are ways to negotiate with the prosecutors. In many of these drug charge cases what many people often do is take diversion classes and/or misdemeanors in order to resolve their case.

When you hire our firm’s services, before we even discuss plea agreements, our goal is to win your case.

We are here to help you and to get your life back to normal. Call us now or scroll below for more information. The consultation is completely free.

We handle all sorts of drug cases including marijuana, cocaine, methamphetamine, heroin and other schedule drug charges. Whether it be a simple possession charge or even a complex transportation/sale case, we are determined to help.

WE HELP INDIVIDUALS WITH DRUG CHARGES

Drug cases can prove to be very complicated and technical. Experience matters when it comes to these types of cases. Here at Alcock and Associates our attorneys for drug charges have had the opportunity and honor of being able to handle thousands of drug cases throughout the state of Arizona. With four former prosecutors on staff, we know precisely how the government prosecutes individuals and we know how to work to get the best result possible for your case.

It seems as if every day there is another state legalizing marijuana. Because of this, it may give individuals the false impression that the war on drugs is subsiding. Even though the state of Arizona has medical marijuana laws on the books, it is quite common for prosecutors to seek criminal convictions for even simple marijuana possession.

Furthermore, if an individual is dealing with a charge of possession of drugs for sale, they can then be facing multiple years in prison as a result of a conviction.. Here is Arizona, we have some of the hardest drug laws and statutes in the United States.

With this being said, every drug charge is different and depends on the circumstances and facts of the case. Our criminal defense staff includes a former police officer and multiple former drug prosecutors. We know the tactics that the prosecutor’s office uses and how best to defend against those tactics in a drug case.

If you have any questions or would like to have your case evaluated, please do not hesitate to contact our criminal defense attorneys.

Drug crimes in Arizona include the possession, manufacture, transportation, and obtainment by fraud of controlled substances.

What exactly is a drug crime?

When the charge is ‘Possession of a controlled substance’ this means the individual was in possession of any drug without a legal prescription. This includes drugs like marijuana, peyote, vapor releasing substances, narcotic drugs, prescription drugs, dangerous drugs like methamphetamine, and chemicals used in the manufacture of any of those substances.

Here is what the state of Arizona must prove:

In order for the state to win a conviction, they must be able to prove four elements beyond a reasonable doubt:

1) They must prove that the person charged with possession; 2) did knowingly possess; 3) a usable quantity; 4) of a controlled substance.

That means that the State needs to obtain and present evidence that the person charged with the offense is precisely the same person who was either arrested or cited by police, that the individual in question knew they were in possession of a controlled substance, and that there was a usable quantity of that substance, and that the substance was actually illegal to possess under Arizona law.

A person has constructive possession of an object when they have power or dominion over it. For example, it would be difficult for a prosecutor to say that someone actually knew there was a bottle of pills in their medicine cabinet, but what they can do is they can show that a person had dominion over the medicine cabinet because it belonged to them and because they stored their belongings there. It is also possible for more than one person to have constructive possession over something.

In addition to possession charges, if there is a situation where a person is in possession of a certain amount of drugs, then the State can proceed to charge the individual with transportation or sale of drugs. This is referred to as the threshold amount, and the actual amount required for this charge varies depending on the substance:

If an unlawful substance is not listed in the table above, the threshold amount is any amount equal to a value of one thousand dollars or more.

The drug statutes in Arizona can prove to be very confusing for some. Below is a brief description of the various kinds of controlled substances.

When the law refers to Marijuana they are referring to any part of any marijuana plant, including but not limited to its seeds, from which the resin has not been extracted. A.R.S. § 13-3401(19)

Vapor releasing substances essentially refers to any substance that releases a toxic fume or vapor. Examples include: Acetone, nitrous, and propane. A.R.S. § 13-3401(38).

Narcotic drug includes most opiates and derived cannabis. Examples may include oxycodone, percocet, morphine, cannabinoid oil, and many more A.R.S. § 13-3401(20)(21).

Prescription drugs means any drug that requires a prescription from a medical professional in order to possess legally. A.R.S. § 13-3401(28).

Dangerous drugs include drugs such as methamphetamine, alprazolam, and testosterone. A.R.S. § 13-3401(6).

The penalties for crimes such as these truly depend on three things: type of drug, the amount of drugs, and the nature of the crime in question.

Possession or sale of peyote is considered a class 6 felony.

Inhalation or consumption of a vapor-releasing substance is considered a class 5 felony.

Sale of a vapor-releasing substance to someone under the age of 18 is a class 5 felony.