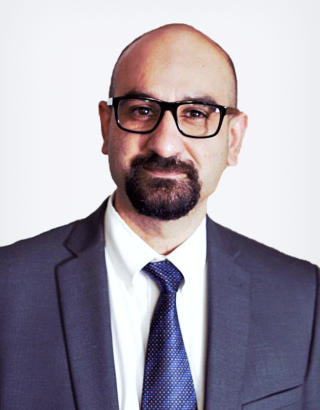 Faisal Ullah is a former Deputy County Attorney, Assistant Attorney General, and Deputy Public Defender. He is an accomplished criminal trial lawyer, who has handled countless felony and misdemeanor cases in Superior Courts, Justice Courts, and Municipal Courts across the State. He is also licensed in U.S. District Court and has handled cases in federal court in Phoenix and Tucson. Mr. Ullah has also successfully represented clients in matters before various professional licensing boards, the state parole/clemency board, and in administrative law trials.

As an Assistant Attorney General in the Criminal Division of the Arizona Attorney General’s Office, Mr. Ullah investigated and successfully prosecuted complex criminal cases in many counties throughout Arizona. His cases included a variety of white-collar matters, including money laundering, fraudulent schemes, theft, forgery, and credit card fraud cases; several types of government fraud and benefits cases; AHCCCS fraud cases; health care fraud cases involving doctors, nurses, pharmacists, EMTs, and medical transport providers; a variety of drug cases, including simple possession, transportation, transfer, and possession for sale; and a variety of abuse and exploitation cases involving victimizing of the elderly or those with disabilities. Mr. Ullah also provided training to state and federal law enforcement officers across the State in the intricate areas of health care fraud and in successfully investigating prescription drug trafficking investigations involving medical service professionals, such as doctors and nurses.

Mr. Ullah originally started his career in criminal law as a public defender, when he represented indigent defendants in various court matters, including a variety of felony cases ranging from low-level felonies to first-degree murders, various DUI matters, and misdemeanor, probation violation, and mental health matters.

Mr. Ullah has also received an Advanced Certificate in Immigration Law studies and he proudly volunteered with Lutheran Social Services to mentor and provide immigration assistance to various immigrant groups, including refugees.