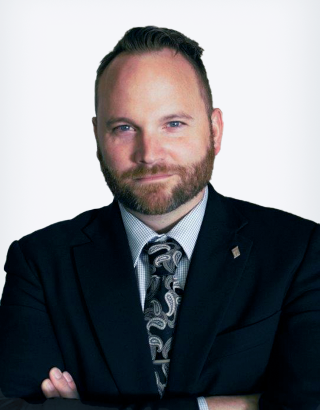 Mr. Tobler has been representing clients in criminal cases since 2007. He spent several years in capital murder litigation, and kept each of those clients off of death row. His significant courtroom experience includes jury trials of drug cases, rape cases, and murder cases among others. When he came to work with Alcock, Mr. Tobler had just secured a not guilty verdict on the fourth of four cases in a row: two sex crimes, one assault, and one armed robbery. He loves criminal defense and loves winning jury trials. Mr. Tobler is licensed to practice law in Arizona.

Mr. Tobler spent much of his life, and the beginning of his criminal defense career in Arkansas, where he is also licensed. He served as president of the Arkansas Association of Criminal Defense Lawyers, and earned his Juris Doctor from The Bowen School of Law at the University of Arkansas at Little Rock where he received the Dean’s Certificate of Distinguished Service. During law school, Mr. Tobler interned for Chief Justice Jim Hannah of the Arkansas Supreme Court. Mr. Tobler received his B.A. from Brigham Young University and spent two years on a mission in Japan. He is fluent in Japanese. He is a former scoutmaster and venture crew leader and loves canoeing. His spare time is spent with his family.