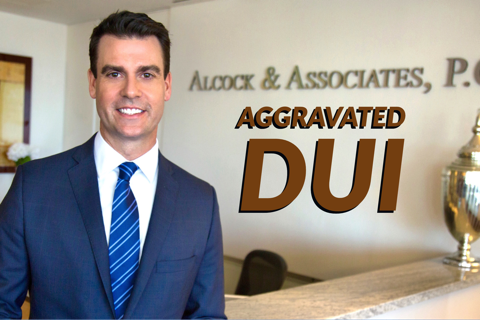 Arrested for Aggravated DUI in Arizona?

We can help today

Our DUI attorneys have successfully handled hundreds felony aggravated DUIs in Arizona. Our team includes former DUI prosecutors who know the system. For over two decades our team has represented clients in every Superior Court in Arizona. 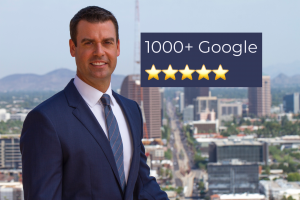 Felony Aggravated DUI is a serious class 4 felony in the state of Arizona. How does a case become a felony DUI? It can be for a reason as simple as an unpaid ticket that suspended your license. Driving on a suspended license while impaired to the slightest degree is a felony offense. It seems very unfair that a ticket for $100 could convert a case from a lower level misdemeanor to a high level felony.

Unfortunately, there are many individuals who are not aware that they must return to the motor vehicle department to pay a reinstatement fee to remove any suspension that they may have on their license. Anyone that has been convicted of a DUI in the past should go to the MVD to request a copy of the record. You want to make sure that there are no suspensions or restrictions on your license. Failure to pay a small reinstatement fee can expose people to felony DUI charges.

Below we will analyze in detail the elements of Aggravated DUI cases in Arizona.

click below on the video to learn about the DUI arrest

Any felony DUI charges are extremely serious.  Felony cases in Arizona can move quickly. Given this, if you are interested in speaking with an attorney about your Aggravated DUI case, we suggest that you call our office well before your first scheduled court appearance.

Our Aggravated DUI attorneys are available to answer any questions that you have about felony DUI cases. We are available for a free consultation in the office or over the phone. Please call 602-989-5000.

People convicted of Misdemeanor DUI, Extreme DUI, Super Extreme DUI and Aggravated DUI all have to install a certified ignition interlock device in their vehicles for a period of time ranging from 6 to 24 months.

Why Hire Our Aggravated DUI Attorneys?