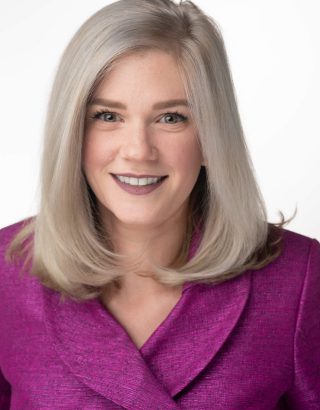 Elizabeth Maupin currently handles major felony cases. She is a former county felony prosecutor and a former city misdemeanor prosecutor. She understands the criminal justice system and how to secure favorable results while holding genuine compassion for her clients and always putting their interests first.

As a county attorney she prosecuted sex crimes and child abuse cases along with other serious felonies. As a city prosecutor she primarily handled domestic violence, DUI, and other misdemeanor cases as well as cases in the specialized mental health treatment court. She has litigated numerous jury and bench trials. Most notably, she successfully litigated felony jury trials which included attempted first-degree homicide, aggravated assault, aggravated DUI, and major drug transportation for sale charges. Her last felony trial as a prosecutor resulted in guilty verdicts on all counts wherein the jury deliberated for only 17 minutes.

She earned her Juris Doctorate from ASU, graduating in the top 20% of her class and being named a Willard H. Pedrick Scholar for her academic excellence. During her time at the College of Law, she was an Article Editor of Jurimetrics, The Journal of Law, Science, and Technology and operated as Clerk of the school’s Student Bar Association.

Additionally, she worked for Senior Judge Stephen M. McNamee of the U.S. District Court and worked for the House Rules Committee at the Arizona State Legislature. She followed these experiences as a Summer Associate at a top-rated Phoenix civil law firm, Tiffany & Bosco, P.A.

Here at Alcock & Associates our team and staff are dedicated to helping and representing YOU. The first step is to understand your case. We will take the time to get to know you and your legal situation so that we are best able to answer all of your questions. After your initial consultation with our attorneys, you will know what you are facing and what can happen to your case.
EVERY CONSULTATION IS COMPLETELY FREE AND COMPLETELY CONFIDENTIAL.

We are open. Call now for a free case evaluation/consultation by telephone.