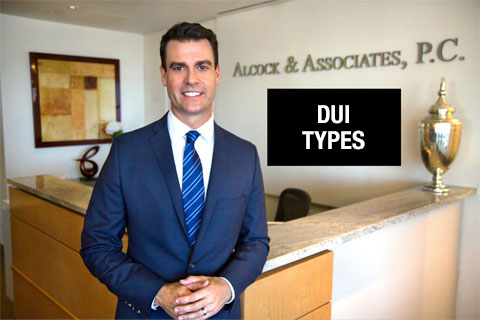 Our DUI law firm dedicated to providing the best information for their clients. If you have any questions about your case, please give us a call at any time.

Our experienced staff of DUI lawyers would be more than willing to take the time necessary to explain the process. We can help you. The consultation is free. There are no sales pitches and we will not put pressure on you to sign up.

Here are the basics about Misdemeanor Driving Under the Influence in Arizona. A DUI in Arizona is a misdemeanor when the person driving has zero or one prior DUI within seven years. There can be no children in the car at the time of impaired driving. Finally, the person’s license to drive cannot be restricted, suspended or revoked at the time of the driving. Many people think that DUI offenses are always charged as felonies. They are not. Most people believe that the penalties for DUI offenses are harsher than they actually are. That’s why we developed this website. We want to take the fear and misinformation out of the DUI laws.

You might be worried about what will happen to your job if you are convicted of a DUI. Most people arrested for DUI believe that they might lose their job if they cannot work while they are in jail. However, most misdemeanor DUI offenses allow people to be released from jail so that they can attend work or school. Furthermore, prosecutors often allow people to pick a date to start their jail time. Obviously nobody wants to be convicted of a DUI. But the consequences of a first time DUI conviction are usually manageable.

For an extreme DUI, where the blood alcohol level is between .15 and .20, the sentence is 30 days or more. A first offense super extreme DUI carries with it a mandatory minimum of 45 days. It isn’t a lie that you are “facing” six months in jail for a first time DUI. However, our DUI lawyers have never seen anyone actually get six months in jail for a first offense regular DUI.

That being said, a qualified Phoenix DUI attorney can help you understand the court system and look for ways to beat your case. If your blood alcohol level is close to any of the legal limits, our experts can usually testify that there is no real scientific certainty to your actual blood concentration. Breath testing devices are quite unreliable. Blood can be retested numerous times to determine if there is a difference in the results. There are many different ways to fight a DUI. As you look at the DUI laws, please don’t hesitate to call our experienced team of DUI attorneys if you have any questions. The call is free: 602-989-5000

Extreme DUI is an offense that requires a blood alcohol level of .15 within two hours of driving. The limit for Super extreme DUI is .20. First offense extreme is usually a sentence a 30 days in jail. First offense Super extreme requires a minimum sentence of 45 days. (These sentences may be eligible for home detention or reductions for installation of the interlock devices) Those sentences are increased to 120 days and 180 days for second offenses within seven years.(Same exceptions apply as above) Dates the driving offenses are committed are used to determine the seven year period. When you actually stood in court with your DUI lawyer is not relevant.

If you have been charged with an extreme DUI, don’t panic. Extreme DUIs are not to be confused with felony “Aggravated DUI.” In many cases, prosecutors will dismiss extreme DUI cases if the blood or breath result is close to the limit. A case charged as an extreme DUI will usually be reduced to a regular DUI if the blood alcohol level is a .151, for example.

Breath testing machines in Arizona are tested to a 10% margin of error. This means that the State could keep a breath testing machine in service if it recorded two significantly different results. As a result, we can argue that the machine is not accurate enough to convict a person of DUI if that person’s sample is right on the borderline. Many prosecutors agree with this argument.

Our DUI lawyers have many defenses to extreme DUI. There are ways to win DUI cases by showing that the traffic stop was improper. DUI cases can be dismissed for improper arrests, right to attorney violations, and improper documentation of blood evidence. If you have any questions about extreme DUIs in Arizona, please call our Arizona DUI law firm today. 602-989-5000.

Our DUI lawyers see the same thing over and over. People get charged with aggravated DUI and they don’t know why. In Arizona, if you are driving on a suspended or restricted license and you are impaired to the slightest degree you can be charged with a felony. A common problem is that people aren’t aware that they need to return to the motor vehicle department to pay a reinstatement fee to “unsuspend” their license. Anyone convicted of a DUI should go to the MVD to request a copy of the record. You want to make sure that there are no suspensions or restrictions on your license.

Aggravated DUI can also be charged for the third DUI offense within 7 years. This charge does not require that the prosecutor prove that your license was suspended. It is similar to “three strikes and you’re out” laws. The law looks to when the offenses occurred, not when you actually were convicted in court.

Aggravated DUI is a lower felony offense when impaired drivers have children under the age of 15 in the car with them. Many people confuse aggravated DUI class 4 felony (license suspension and prior convictions) with aggravated DUI a class 6 felony (kid in car). Driving impaired with a child in the car is a serious offense, but the jail or prison time associated with the crime is much lower. Usually people get the same amount of time in jail as is contained in the misdemeanor requirement.

Our Aggravated DUI attorneys are available to answer any questions that you have about felony DUI cases. We are available for a free consultation in the office or over the phone. Please call 602-989-5000

Arizona State law requires that people who administer blood and breath tests meet certain standards. Violations of these standards can result in a DUI being dismissed. At Alcock & Associates, we work with experts who know how to assess whether or not the standards have been violated. We can also see if the blood or breath testing device has irregularities.

If you are pulled over and the officer suspects you have been drinking you will most likely be asked to perform not only the standard Field Sobriety Tests, but also to submit to some form of a chemical test. By taking either a breath or blood sample, the officer is able to determine your blood alcohol concentration to prove whether or not you are impaired. Should you refuse to submit to this test, your driver’s license will automatically be taken away for at least one year. Despite your refusal, most officers will then obtain a search warrant from a judge and take your blood. It doesn’t matter if you are arrested at 3:00am.

It is possible that an officer may let you choose your method of testing. There is no simple answer about which type of test to take. Breath machines are susceptible to a number of problems making them often unreliable. They do not retain a portion of the breath to be independently retested and there are many ways for a skilled DUI attorney to impeach the accuracy of the machines. Also, many people are not suitable candidates for breath testing, even if the machines are working properly. This can be the result of dental problems or persistent heartburn problems, both of which invite mouth-alcohol error by the machines.

Blood testing is generally thought to be the most accurate type of testing, but it too is subject to many challenges and problems. Contamination from an alcohol swab, used to sterilize the area of the blood draw, can compromise the blood sample. Failure to properly mix the preservative and anti-coagulant in the blood sample can cause the sample to ferment, and literally create its own alcohol. Also, there is only one blood sample drawn (as compared with the usual two breath samples), so if there is a problem with that one sample, there are significant problems with the prosecution’s case.