FILING BANKRUPTCY WITHOUT YOUR SPOUSE IN ARIZONA 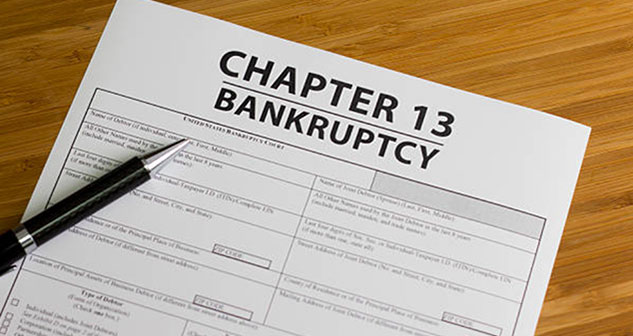 Spouses typically apply for loans and credit cards jointly, in both of their names. This makes each of them contractually liable for the debt. But occasionally debt is taken out in only one spouse’s name during marriage. In these situations, the spouse named on the debt is contractually liable for the debt, and the other spouse is not. People often mistakenly assume this means the un-named spouse has no liability for the debt, and therefore need not consider filing bankruptcy if the debt isn’t paid. Unfortunately, that is not a correct assumption here in Arizona.

ARIZONA IS A COMMUNITY PROPERTY STATE

The presumption of community acquisition of property during marriage likewise applies to debt incurred during the marriage.  With a couple exceptions, Arizona law allows either spouse to contract debts and otherwise act for the benefit of the marital community.  A.R.S. § 25-215(D).  So, your spouse can sign for an auto loan to purchase a car without your involvement, and you have community liability for the debt even when you were not a party to the contract.  Should the loan go into default, and the car get repossessed, the lender can sue you jointly with your spouse for the deficiency amount and obtain a judgment.  The judgment is satisfied first from community property, and second from any separate property owned by the spouse who contracted the debt.  With respect to debts incurred by your spouse prior to marriage, your separate property is not liable for the separate debts of your spouse, absent an agreement to the contrary.  A.R.S. § 25-215(A).

COMMUNITY PROPERTY AND DEBTS IN BANKRUPTCY

The bankruptcy discharge is a court-ordered injunction prohibiting collection of pre-petition debt.  It permanently bars creditors from pursuing the debtor who filed bankruptcy for payment.  But what about the non-filing spouse of the debtor?  Can creditors still pursue him or her for collection on debt that was incurred during marriage?

Below is a hypothetical to illustrate how a non-filing spouse’s separate property is at risk following a community discharge:

Wife inherits a boat from her father during marriage.  The boat is her separate property because inheritance is an exception with respect to community property in Arizona.  Husband signs for an auto loan in his name during marriage and defaults on the payments.  The vehicle is repossessed, and lender obtains a judgment against both husband and wife for the deficiency balance.  Husband files a Chapter 7 bankruptcy without wife; he and their marital community receive a bankruptcy discharge.  Creditors can potentially seize wife’s boat as it is her separate property and not protected by the community discharge.

Unless all debt was incurred by one of the spouses prior to marriage, and therefore that   particular spouse’s separate debt, married couples usually file bankruptcy jointly.  However, there can be good reasons for just one of the spouses to file bankruptcy, even when there is community debt.  Some spouses choose to opt out of filing bankruptcy jointly to preserve their good credit score.  If the debt is solely in the name of the filing spouse, the non-filing spouse does not own any separate property, and they intend to stay married, this can make sense.  But it’s important to know that should the marital community terminate, such as through divorce, legal separation, or death, the non-filing spouse becomes subject to collection on the debt.  This is because community property becomes separate property upon termination of the marital community, and thus, is no longer protected under the bankruptcy community discharge.