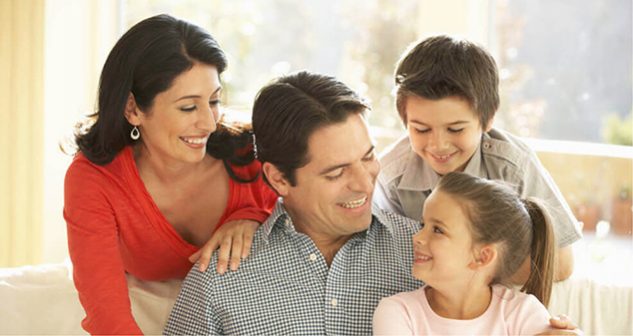 Taking your first steps towards gaining U.S citizenship can seem like a monumental undertaking. There is much to do and learn and, if you are at the beginning of your journey, you may not even be sure of where to begin.

The purpose of this article is to discuss the fundamentals of Immigrant’s Rights, as well as the fundamental Human Rights. These standards, by which American citizens feel every person on the planet deserves to be treated, are just one of the many protections sought out by millions of potential immigrants wishing to become permanent residents of the United States.

We will cover some fundamental laws and ideas surrounding these important issues to help you better understand your own rights, as well as how you can take much of the worry out of applying for citizenship via the EB-5 Immigration Program.

The laws surrounding entering the United States as an immigrant can become deeply confusing and difficult to keep track of for anyone who is not a trained legal professional.

This means that very few people actually understand how it all works.

The policy known as the Immigration and Naturalization Act (INA) was developed to represent the body of laws that control immigration into the U.S. Among the many laws this documentation explains, it also establishes a global limit of 675,000 permanent immigrants per year. In some cases, close family members may be held as exceptions to this limit.

If you become a lawful permanent resident (LPR) you will be able to work and live permanently in the U.S. LPR’s qualify for almost any type of job available to Ordinary American citizens. Immigrants are also welcome to remain even if they are not employed.

Immigrants are also accepted on a temporary basis as noncitizens.

Some of the considerations made by the U.S. Government regarding immigration include – Permitting immigrants who possess specialized skills that will benefit the U.S. economy, bringing families back together, the protection of rights for refugees, and the fostering of diversity.

Even undocumented immigrants currently living and working in America are covered, in part, by many of the Constitutional Rights enjoyed by all U.S. Citizens.

It is considered that many of the Constitutional Rights that protect Americans are also the basic humans’ rights that all humans should be protected by.

Among these rights includes the provision that no citizen can be “deprived of life, liberty or property, without due process of law.” Undocumented immigrants may file lawsuits in federal court, and some states allow illegal immigrants to sue in a state’s court.

Illegal Immigrants are also permitted the right to defend against unlawful removal, or deportation.

When we talk about Immigration law, we are referring specifically to a set of rules established by the U.S. Government, which governs that is permitted to enter the country, and for how long they are allowed to remain.

These rules also act as guidelines for the naturalization procedure for an immigrant to become U.S. citizens.

Immigration Law also deals with the legal side of immigration. Illegal foreign nationals or visitors who stay past their visa’s expiration dates, for example, are dealt with according to these laws and may result in being detained, or even removed from the country.

There are three (3) federal branches, which are in control of seeing that these laws are adhered to, which consist of:

Immigration and Customs Enforcement (ICE) – This agency investigates and prosecutes anyone who breaks immigration laws.

U.S. Citizenship and Immigration Services (USCIS) – is in charge of overseeing all of the applications for legal entry into the U.S.

Together, these three agencies help to form the Department of Homeland Security.

For the better part of America’s first century in existence, the country was considered to have “open borders”. This meant that anyone, from anywhere in the world was welcome to come to the new world, buy land, start business, homestead, and especially, pay taxes.

Anyone could migrate, but if you wanted to vote, or hold a public office, you would need to be vetted via the naturalization process. Through this series of tightly controlled steps that was permitted to become a naturalized citizen was closely monitored.

Throughout the remainder of U.S. history, Congress was given complete autonomy over the naturalization process. To this end, Congress passed the first law of naturalization in 1790 called, appropriately enough, the “Naturalization Act of 1790”.

This law allowed anyone who lived in the country for a period of two (2) years and had been in one state for at least one year could apply for citizenship.

Later, the requirement would be amended several times until a person would need to prove a residency of 14 years, and have filed a petition of intent five years in advance of submitting their application.

Is Immigration a Human Right?

The Human species has been migrating since the first person stood upright to view the distant horizon. The purposes and reasons for this type of travel by humankind varies and includes the desire to return to family, seeking out better opportunities for survival, or even to avoid wars and political upheavals, human rights abuses, and other forms of cruelty, or oppression.

In the U.S. migrants are generally treated to the same constitutional rights as legal citizens with a few exceptions as to the right to vote, or run for political office.

While individual states still carry the power to oversee migrant laws within the borders of their region, most states adhere to the idea that basic human rights standards will apply to all people regardless of where they are from.

What are the Fundamental Human Rights?

Let’s start by defining the term “Fundamental Rights”, which simply means the privileges and rights every human is entitled to from birth.

Fundamental Human Rights are inherent to all human beings.

These Rights include, but are not limited to…

Abuses of these basic fundamental rights occur when people are denied anyone or a combination of many from the above list.

Do Immigrants Have Constitutional Rights?

The answer to this question continues to be hotly debated by some, but when the shouting is over, and the smoke clears, section one of the 14 amendment clearly sets a precedent with these simple words:

“No state shall make or enforce any law which shall abridge the privileges or immunities of citizens of the United States; nor shall any state deprive any person of life, liberty or property, without due process of law; nor deny to any person within its jurisdiction the equal protection of the laws.”

Immigrant protections under the Constitution do, however, fall into a gray area and are often the point of scrutiny and litigation throughout U.S. history.

Although basic human rights are upheld in most cases, special circumstances can also come into play that may require further investigation to ensure that no one’s rights are being threatened, or misinterpreted.

Many cases regarding immigrant rights have made it all the way to the Supreme Court, and the highest court in the land seems to continue to agree that immigrant, for the most part, does enjoy a full range of the rights guaranteed to all American Citizens whether they are here legally, or otherwise.

Differences Between Refugees and Immigrants

People often ask about the differences between migrants and refugees. Much of what separates the two lies in perspective.

A migrant will often study the country to which they wish to move too far in advance of actually leaving to better understand the laws and customs of their host country. They will likely arrange for at least some of their belongings to be sent, as well.

Refugees, on the other hand, have generally fled some form of violence, or persecution and had no choice but to leave the bulk of their possessions and their homes to quickly leave a dangerous environment.

What it really comes down to is that the primary difference between the two is a matter of choice.