Know Your Rights: When Is It Legal for Police to Frisk? 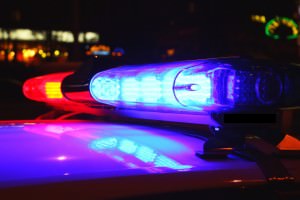 Any time you are detained by police it can be a very frightening and intimidating time.  Police will often ask or command you to do certain things but it can be confusing to know what your rights are and whether or not you actually have to do everything that they are saying.  One thing many individuals do not understand is that police do not have the right to frisk you if they just want to.  Legally, there has to be a valid reason to frisk someone.

You have constitutional rights that protect you from unlawful frisking or ‘pat-downs.’  Generally speaking, a frisk is to help protect the officer’s safety by ensuring that you do not have a weapon concealed somewhere on your person. The 4th Amendment of the U.S. Constitution protects your rights as an American citizen from unlawful search and seizure and that includes police frisks.  Arizona Capital Times explains the legal rulings that protect you from unlawful frisks, “Police cannot frisk someone they stop and question absent some ‘reasonable suspicion that criminal activity is afoot,’ the Arizona Supreme Court ruled Thursday. In a unanimous decision affirming the right to carry a gun without interference, the justices rejected arguments by prosecutors that a simple belief someone is armed and dangerous is enough to justify a frisk, even without any evidence of criminal activity. They said the U.S. Constitution dictates otherwise. ‘The Fourth Amendment protects the right of people to be free from unreasonable searches and seizures,’ wrote Justice Rebecca White Berch.

‘When officers consensually engage citizens on the street without having any evidence of wrongdoing, the mere presence of a weapon does not afford officers constitutional permission to search weapons-carrying individuals,’ she said…’An officer can, for example, ask for consent to remove a gun for the duration of the encounter,’ she said. ‘But absent consent, to seize a weapon the officer must justify a frisk with facts sufficient to establish reasonable suspicion of criminal activity – a low standard, readily established in many search settings.’”

If there is reasonable suspicion that warrants a police frisk, they must clearly articulate that to you.  Where you live, the people you are with, or what you are doing are not valid reasons to frisk you unless police suspect that criminal activity is taking place or police believe you are armed and dangerous.  If you believe you have been unlawfully frisked, consult an experienced Arizona attorney as soon as possible to review your case.