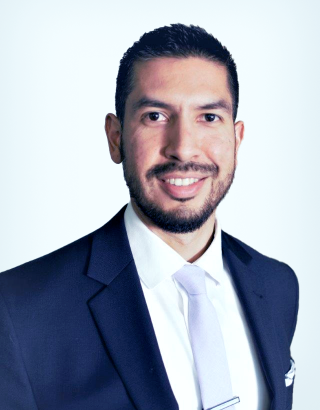 Marcos Favela is an experienced immigration attorney who has successfully represented hundreds of clients in immigration courts throughout Arizona and Southern California. The defenses he has used for his clients have included cancellation of removal for both permanent and non-permanent residents, asylum and adjustment of status. He has also helped many clients reverse unfavorable decisions through successful appeals before the Board of Immigration Appeals.

Marcos was born and raised in San Diego County, California. His paternal grandparents immigrated to the United States with their family from Durango, Mexico, and his maternal grandparents immigrated from Jalisco, Mexico. Marcos first came to live in Arizona in 2006 while attending Arizona State University on a full scholarship as a National Hispanic Scholar. He later attended law school at Santa Clara University in Northern California, where he was deeply involved in immigration clinics both at Santa Clara University, and at University of California, Berkeley as a Justice John Paul Stevens Fellow.

On weekends, Marcos enjoys the nature which Arizona has to offer by mountain biking through the desert and hiking up mountains.

Here at Alcock & Associates our team and staff are dedicated to helping and representing YOU. The first step is to understand your case. We will take the time to get to know you and your legal situation so that we are best able to answer all of your questions. After your initial consultation with our attorneys, you will know what you are facing and what can happen to your case.
EVERY CONSULTATION IS COMPLETELY FREE AND COMPLETELY CONFIDENTIAL.

We are open. Call now for a free case evaluation/consultation by telephone.