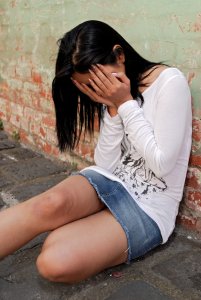 Much has been discussed about the Trump administration’s policy of separating families at the border.  But as an immigration attorney, I know that the detention facilities and shelters are not 100% safe for the migrant population.  We have had many clients assaulted or otherwise harmed while in detention facilities.  Obviously it is impossible to 100% safeguard the entire detained population.  But if the policy of the government is to detain children in facilities where they can’t be protected by their parents, I believe that the government should be held to a much higher standard of care.

That’s why the news of a child being sexually abused in a children’s shelter is so disturbing.

“Fernando Magaz Negrete, a 32-year-old employee of federal contractor Southwest Key Programs, is accused of slipping into the girl’s room late at night and forcibly kissing and inappropriately touching her, according to court documents.”

This was an employee of the shelter.  If you think about it, doctors are not typically alone when treating children.  Either a parent is present or another medical staff member is present.  What happened at Southwest Key Programs, the alleged assault of a child, seems to be a systems breakdown as much as the lone act of a rogue employee.  If you are going to separate children from their parents, you can’t–CAN NOT–have a system when a lone employee can enter that child’s room.

Don’t think for a second that I am in favor of separating children from their parents or that I am excusing it in any way.  I just sincerely hope that the people who are charged with those children understand the incredible responsibility that they have.  The child at the Southwest Key Programs is evidence that those people are letting the children, and our country, down.