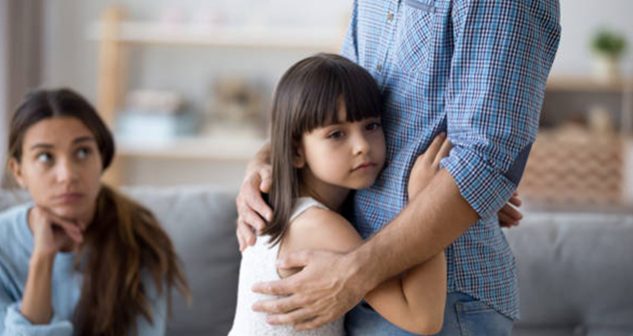 A lot of family law clients come to me feeling discouraged about their relationship with their kids. They feel their kids have been turned against them by the other parent. They feel like their individual relationship with their kids is being undermined. Unfortunately, we’ve seen this situation a lot at the firm, especially when it comes to a divorce. It’s called parental alienation. The effects of parental alienations can be devastating. We can help.

Parental alienation is when one parent manipulates the children to turn them against the other parent. It is actually defined as a syndrome that children suffer from. Parental alienation syndrome occurs when, “a child becomes an unwitting ally to the alienating parent,” and, “occurs when one parent campaigns successfully to manipulate his or her children despite the absence of legitimate reasons for the children to harbor such animosity.” 127 Am. Jur. Proof of Facts 3d 237, Proof of Parental Alienation In Action For Modification Of Custody Of Child. If your kids resent you for seemingly no reason during a divorce battle, parental alienation may be the issue.

How can you identify parental alienation? There are a few classic symptoms to look for: (1) campaign of denigration against the parent; (2) weak, frivolous, and absurd rationalizations for the depreciation; (3) presence of borrowed scenarios; and (4) manipulation of children’s schedules to preclude visitation. Sometimes the manipulation is subtle and other times it is overt. Let go over each of those elements:

Presence of Borrowed Scenarios: Borrowed scenarios occurs when the child takes on the alienating parent’s feelings about a situation. The presence of borrowed scenarios is usually obvious, because children will say things no reasonable child would ever say (absent some sort of manipulation). For example, if a wife is trying to get money in a divorce, and the father is contesting that, the child may say to the father “Well you won’t give mommy any money to feed us,” or, “You want mommy to be poor.” Children start to mirror the sentiments of the alienating parent.

It’s important to note that children are just as victimized by parental alienation as the alienated parent. That’s why parental alienation is child abuse. The children don’t know they’ve been manipulated by the other parent. They don’t know they are hurting the alienated parent. Children generally believe what their parents tell them. So if one parent is relentlessly trying to undermine the children’s relationship with the other parent, the children really have no choice. They become pawns in the alienating parent’s scheme.