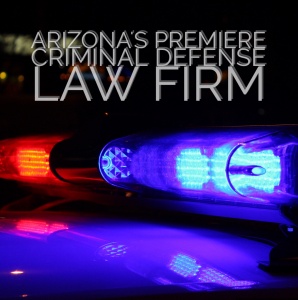 When you think of forgery you might immediately think of checks but a forgery charge in Arizona encompasses more than just forged checks.  While check forgery is the most common type of forgery, any document that has falsified or altered information for the purpose of deceiving others is considered forgery.  This means that a fake document, a modification made to an existing document, or any unauthorized signing of a signature without consent could be considered forgery.  According to Arizona law 13-2002, forgery in Arizona is a felony, “Forgery is a class 4 felony, except that if the forged instrument is used in connection with the purchase, lease or renting of a dwelling that is used as a drop house, it is a class 3 felony.”

If you have been charged with forgery in the state of Arizona, it is important to hire an experienced attorney as soon as possible.  While forgery is considered a ‘white collar crime,’ it does carry potentially severe penalties including jail time, probation, restitution, community service and more. But, with vigilant legal representation, you may be able to have your charge reduced or dropped altogether.  The state must prove that you committed forgery beyond a reasonable doubt which leaves much room up for interpretation.  Intent is difficult to prove which means that ‘doubt’ may arise and with the assistance of an attorney you may be able to avoid being charged with or convicted of a crime.

At Alcock & Associates, we believe in open communication and will always go through the details of your case with you.  We will discuss potential options and work hard to plead your case down or get it dropped altogether.  We know that misunderstandings or miscommunications may happen and so we will work with you to determine if a strong defense for you might be that you actually had consent and did not commit forgery.  Further, we know that sometimes individuals possess a check or document that they did not know was forged but have now been charged with forgery. Because intent is so important, we will work to demonstrate that you did not intend to commit forgery.  We are always available for a free consultation and will provide you feedback on the strength of your case.  When you work with Alcock & Associates we will not just develop strategies for success in your case, but we will aggressively represent you, using decades of experience and extensive knowledge, to help you get the best possible outcome in your Arizona forgery case.